Owned and Ridden by Carol Lippa 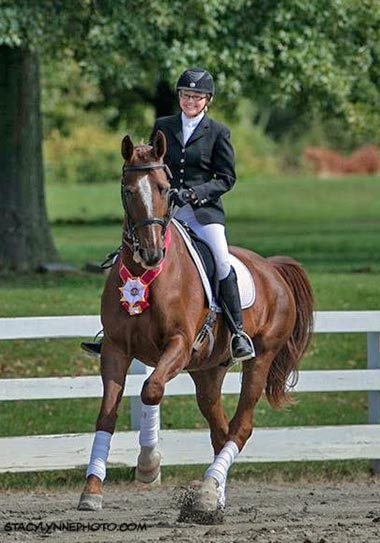 Livingston and Carol are in training at Misty Gleann.

Livingston is an FEI dressage schoolmaster, purchased by Carol Lippa in late 2014. In 2015 they exceeded their expectations by competing at third and fourth levels, earning Carol’s Bronze Medal and placing at the BLM Championships in both 3rd and 4th levels.

Their current goals include working towards Carol's Silver Medal and improving as a horse and rider team.