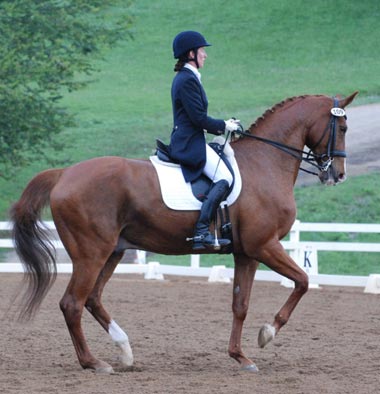 We lost Amicelli in January 2017.  Please read Barbaras' tribute to him.  He was a magnificent spirit and we miss him every day.

Amicelli had a stellar career as a Grand Prix competitor throughout Canada and the United States. Amicelli enjoyed his work and competition. He also loved to be the center of attention.